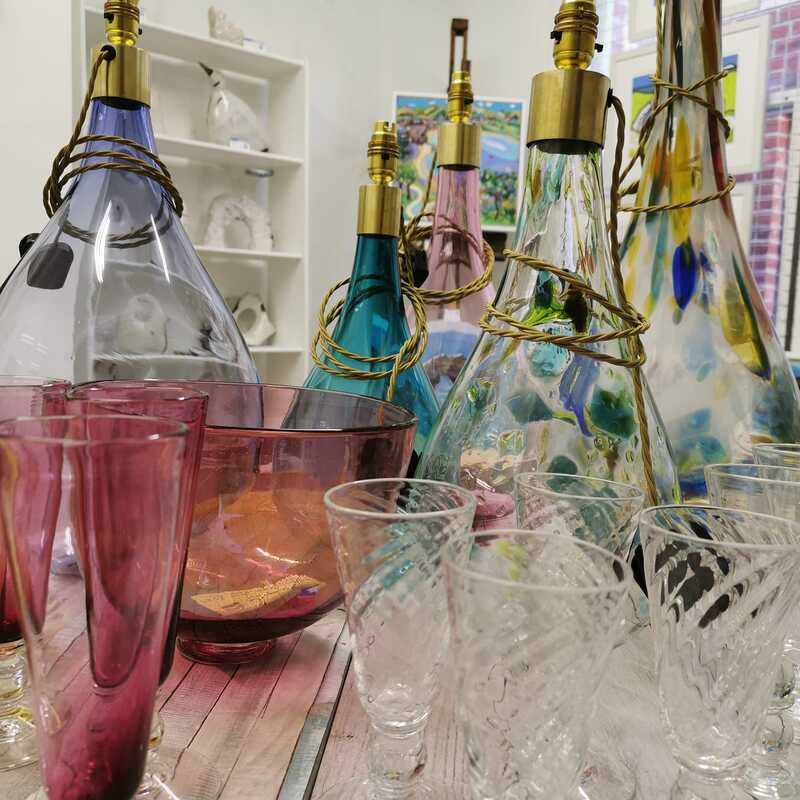 Emsie completed a BA Hons degree at West Surrey College of Art and Design in 1996.
She then moved to London to work with both Adam Aaronsson Designs and Columbia glassworks.


Three years later she left to work in Venice on the Island of Murano, famous for its glass furnaces, to assist in the making of wine glasses and chandeliers.


Since returning to England, she found herself in Dorset working for William Walker and consequently set up her own studio 'The Cowshed" where she has developed her own style which includes traditional and modern wine glasses, colourful tableware, lighting, and sculpture.


She sells her work at Messums of Wiltshire, Montes and Clarke of Tisbury, Fermoie London, as well as many interior designers, and shops nationwide.


Emsie has worked closely with the National Trust, firstly helping set up an exhibition at Mompesson House Salisbury on 17th and 18th Century wine glasses.  Secondly at Avebury Manor, she made late Georgian wine glasses for the dining room which was shown by the BBC in The Manor Reborn.